From Dalston to Halston : Marios Schwab 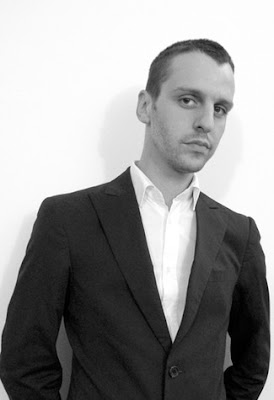 After never ending rumors on who is taking over at Halston the final decision just came out : Marios Schwab is taking over. The half greek half austrian London based designer who is designing his own collection since 2005 with his peculiar architechtural style mixing antique and modernity, never fell into the brit hipness black hole as many others did, craving for quick success. From his Dalston studio to Halston, it s just the start of Schwab's fashion odyssey.
Posted by Alban ADAM