"Back in Black" - Lotta Volkova Womenswear 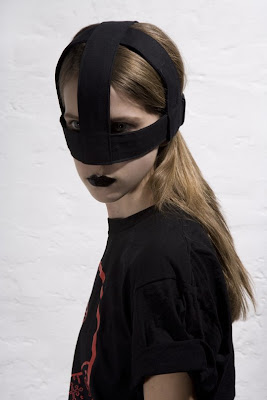 You probably already know her under the name of Lotta Skeletrix, her previous fashion menswear label mixing post punk and dark electronic influences, but this time Lotta Volkova is back with her eponymous label for womenswear.

Born in Vladivostok, the very east end of Russia, Lotta saw the downfall of the communist empire and the rise of a still exotic capitalism in the future ex-USSR, while going to school, skydiving, playing piano and learning English through metal music lyrics. Lotta recalls her first memory of fashion as a glimpse at Gaultier 90's TV show, Euro Trash on a pirate TV channel.
Aged 17, Volkova moves to London to study film and photography at Saint Martin's College ; becomes one of the main night scene characters and eventually starts her own menswear label in 2004 after being asked by Rei Kawakubo to produce some of the pieces she's been making for herself and her friends for Dover Street Market. Lotta Skeletrix then grows on an international scale, with shows in Paris and London, stockists all over Europe and Japan, and Lotta becomes, according to I-D magazine, " The uncrowned queen of the underground".
In 2006, Volkova decides to stop the Skeletrix line to concentrate on her art and photography works and moves to Saint Petersburg for a couple of months before settling down in Paris, where she starts photo styling for magazines such as Zoo, Dazed & Confused Japan, Tokion or Harper's Bazaar Russia with photographers like Ellen Von Unwerth, Mark Pillai or Marcus Mam.
At this point, the project of launching a womenswear label has been slowly growing into Volkova's mind, a dark and sexy collection, with this very personal touch that makes Lotta Volkova successful in anything she initiates. 2009, Lotta Volkova's eponymous womenswear label is launched, sold exclusively at charismatic Maria Luisa's Paris boutique, the collection is articulated around black or white cotton and wool shirts and dresses , here topped with leather or denim harnesses, there ruffled layers all over, or enhanced with studded collars or shoulders. All in the very peculiar aesthetic mixing music influences with hints of fetish, avoiding the clichés of those inspirations with Lotta 's usual ease.
Lotta Volkova likes to quote the 90's Garbage hit " I'm only happy when it rains" as a state of mind, but she for sure is happy in Paris, rainy or not. 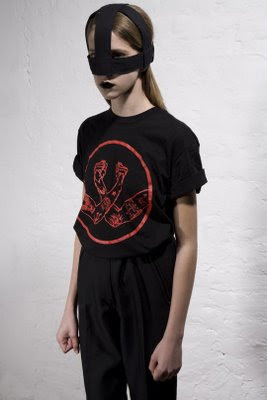 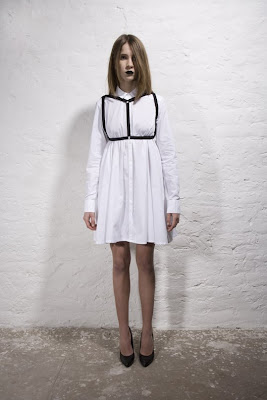 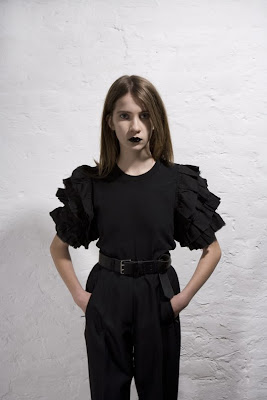 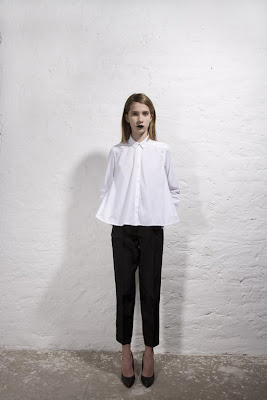 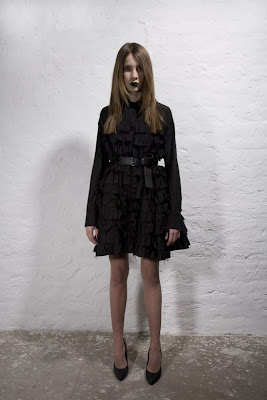 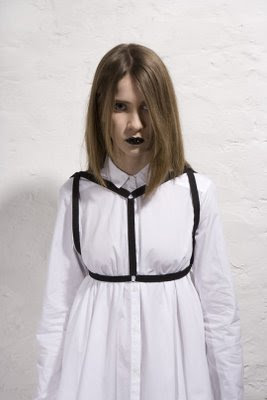 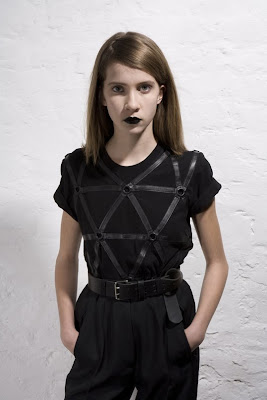